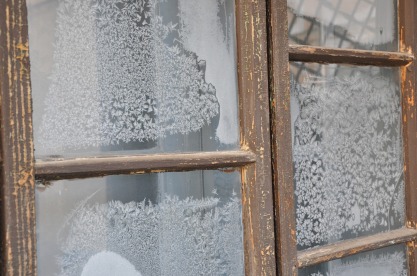 Snowed in this weekend? Sick with whatever’s going around school/the office? Just received one of those miraculous days where you have nothing to do and nowhere to be? Unless you have a great book to curl up with (or, y’know, homework), sounds like you need something to marathon!

Now, everyone has their own personal tastes in what comforts them. Some people enjoy horror movies and series, some go for sitcoms and raunchy animated comedies.  For me, these are the criteria for ideal marathon material:

1. Cozy Factor: Because who wants to get out of their metaphorical comfort zone when bundled up in blankets and sweatpants/pajama pants/whatever it is you find comfy? This factor is usually met by the inclusion of bright colors, comfort food and drink, and cute animals (usually dogs).

2. Funny Factor: Laughter is, after all, the best medicine. Of course, everyone has a different sense of humor, but I find that the people I get along with the best usually have a similar sense of humor.

3. Whimsy Factor: Whether it’s set in a magical world or has lighthearted dialogue, the whimsy factor should be met in some way, shape, or form. Doesn’t mean the material can’t be serious – in fact, some of the marathon material on my list has some very serious moments. But there should be something that separates it from harsh reality.

With these in mind, here are some fun marathon ideas that may not have occurred to you (in alphabetical order):

Break out your childhood favorites or some recent blockbusters – sky is literally the limit with animated movie marathons! There’s so many different ways to do it: Disney Only, Dreamworks Only, Pixar Only, a hodge-podge of the above. You can watch back-to-back ice makers with Elsa in Frozen and Jack Frost in Rise of the Guardians and blame them for your current snowed-in state. And, of course, you can sing along to your favorite musical numbers. So many to choose! (Check out my past articles on Frozen here and here).

As some of you may know, I very much enjoyed the live action Cinderella they did last year. And I’m not alone! But if you want to do a marathon day right, you can’t just watch one version. There are so very many adaptations of Cinderella, you can truly pick and choose. My choice would be:

So what if they’re rebooting the series with The Silver Chair? Or that Prince Caspian and Dawn Treader are a little wonky (and quite a bit off their original book). Still fun to engage in some Narnia magic. It does already have snow!

I think we’re going back! Raise your wands in the air and make sure your laptop is plugged in as you watch back-to-back musical parody hilarity. I have talked about the greatness of these musicals before on this blog, and have turned to the Potter musicals for many a get together in college (in particular on recovery from a nasty trip to the hospital my junior year) so trust me when I say it’s a good time. You’ll laugh! You’ll cry! You’ll wonder what the hell is a Hufflepuff!* Just a click away on Youtube.

Doctor Who, of course, is so extensive, even if just counting the reboot, that you can really start a marathon anywhere. Start from the first reboot episode, go for some classic ones if you dare, watch all of a single Doctor or companion’s reign, or jump around amongst your favorites. You can also slide over to Doctor Who spinoffs Torchwood and The Sarah Jane Adventures (which I have discussed before). Allonsy!

Because dude – it’s Harry Potter. I may not be absolutely in love with every single installment, but the series as a whole is quite solid and lovely as adaptations go – unique, clever, moving, and simply magical. A Potter marathon is welcome anytime, because as they say,

A good balance of action, adventure, mythology, light horror, and humor, an Indiana Jones marathon makes for a fun day in.

(But personally, I’d skip the one with people’s hearts getting ripped out. Your call.)

Too few people know about this show and that makes me super sad. This lovely little show was cut short not once but twice – first during the 2008 Writers Strike its first season was cut down to nine episodes, and a year later the show got cancelled midseason. But what little episodes they churned out are absolutely lovely (with a touch of dark humor for the morbidly minded). There’s love! There’s pie! There’s murder! There’s Kristen Chenoweth singing! What more could you want? I know at some point I will rant much more about this show, but until then I suggest checking it out (while also attempting to comprehend  how the shy, adorable Piemaker went on to play elf king Thranduil in The Hobbit films and the villain in Guardians of the Galaxy).

Star Wars is back, y’all, so now is a good time to refresh on the Star Wars universe! If you want to go for all six films, may the Force be with you. But sticking with the original trilogy should do the trick for those less intrepid. (Unless you’re in the mood to mercilessly mock the prequels and purely enjoy the action sequences).

Another lesser known series, this fairytale 10-hour miniseries came out in the year 2000, long before Once Upon a Time came onto the scene. It admittedly doesn’t take itself as seriously as that show, but also isn’t as irreverent as Galavant, so if you like your fairytales solidly between serious and silly, this might be a good bet (plus 10 hours makes it doable in a day).

The plot goes as such: Virginia Lewis and her father live at the edge of the forest… the forest meaning Central Park, in this case. But when they find themselves on the other side of a magic portal to the Nine Kingdoms, the kingdoms that the fairytale heroes of legend (Snow White, Cinderella, Red Riding Hood) once ruled, their lives are turned upside-down by a half-man, half-wolf with a love of self help books, Snow White’s grandson, turned golden retriever, three ridiculous trolls, and an evil queen who is more than what she seems.

The series has its cheesy moments (two words: singing ring), but it’s got a fun and intriguing story as well.

And there may or may not be a hilarious cover of a Queen song. Just saying. Admittedly, I have yet to see When Harry Met Sally, but I really think it belongs on this list regardless. These may have romcom plots, but they have a lot of wit, a lot of life lessons, and great soundtracks along with them. They’re such solid, well done films, and more to the point, they are excellent comfort films. You’ve Got Mail in particular has a scene where the female protagonist is sick with a cold that anyone with the sniffles will relate to, and Julie & Julia is full of delicious food to feast your eyes on. Bon Appetit!

I have expressed my love for this series a couple times before, but I will say it again. This is great to watch in a marathon because the episodes are so short. They are full of warmth and comforting, especially with Jane Bennet constantly giving her loved ones tea and care packages. My mom was stuck with a bad cold over the weekend, but spending the day together with Lizzie Bennet helped us both to feel a little better.

There’s also companion web series Emma Approved and Welcome to Sanditon, as well as many other feel-good web series adaptations of classic literature on Youtube to choose from for your marathoning purposes.

Here are some suggestions (don’t read under the headings if you want to avoid spoilers). Choose wisely!

The Lord of the Rings trilogy/ The Hobbit trilogy

These are probably the darkest films on the list, next to the final four Harry Potter films, but I’ll still count them on this list. This was the way I spent a number of days in my dorm room with my suite mate and best friend, who brought the Lord of the Rings DVDs to school with her, so I’m used to having them around when I’m indoors due to cleaning or bad weather. Both trilogies have a lot of light moments along with their darkness, and great characters to engage with. Plus, those lovely New Zealand… I mean, Middle Earth… landscapes can make you imagine, if only for a moment, that you are far away on an adventure.

So, whatever you choose, I wish you good luck with your marathoning!

Learn more about the blog here, and about me here. For more fun stuff, click here.
Tumblr: kateeorgera.tumblr.com
Riffle: https://read.rifflebooks.com/profiles/119389 .
http://pinterest.com/kateorgera/kates-curiosities/
.
Until next time,
~Kate

One thought on “What to Marathon When You’re Stuck Inside: 2016 Edition!”